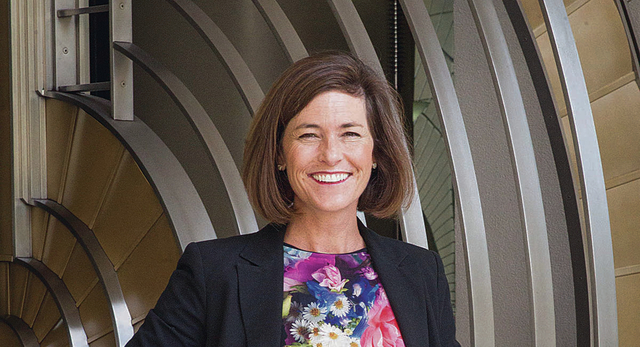 The two are now teaming up to host the third East Meets West Conference, which will assemble scores of entrepreneurs and investors from Hawaii, Asia and North America in Honolulu next month. An opening party slated for Jan. 18 will be open to the public.

“There has never been a better time to start a company in Hawaii than right now because there are so many resources for that early-stage company to get off the ground,” said Chenoa Farnsworth, a managing partner at Blue Startups, which was
founded by Henk Rogers of Blue Planet Software and Tetris video game fame.

Farnsworth first lived in Hawaii as a teenager. After leaving for college on the mainland and a subsequent Washington, D.C.-based career in health policy issues, she moved back to pursue an MBA, and in 1999 — at the height of the dot-com boom — quickly immersed herself in the fledgling local technology sector.

“I got fascinated with the whole thing,” she said of her ongoing work with startup
business strategy and private equity investing.

After weathering the dot-com bust — followed in the islands by a slow-and-steady regrowth led by co-working spaces, incubators and accelerators — Farnsworth is encouraged by Gov. David Ige’s recent push to earmark $10 million in his proposed state budget for HI Growth’s continued support of public-private partnerships. With the initiative’s help, she said, Blue Startups has so far invested in 60 companies that have raised $60 million and created 200 jobs.

Question: You have said that the innovation sector holds the key to our future in Hawaii. How’s that?

Answer: While the tourism sector is strong, it cannot keep up with our growth requirements. We want to create more high-paying “knowledge worker” jobs. Really, the only solution … is innovation and technology. It is very low-impact in terms of the environment and very high-impact in terms of the pay that we can expect from that industry and also the level of interest among young people.

Q: Blue Startups describes itself as a “thriving early-stage entrepreneurial ecosystem.” How does an aspiring entrepreneur gain entrance to your program, or ecosystem? Is a good idea enough?

A: It’s competitive. So, yes, you need a good idea. More importantly, with the companies we work with, you need a good team. Initially, that’s what we look at most. Is this a team that can execute on this business plan? … We get to know the team and understand their strengths and whether they’ve got what it takes.

Our accelerator program is a little bit like an MBA on steroids. It’s 14 weeks of intensive learning. We take them through everything from how to incorporate to how to get funded and market your product. We provide space, services and funding.

Q: Who’s knocking at the entrepreneurial door these days?

A: We’re seeing a diverse group of people coming through Blue Startups. In general, we’re seeing a cultural shift in Hawaii with this new generation of young people. I do think that back in the day, so to speak, there was more reticence to go out on your own. That was not a culturally acceptable path. … You’d want to go work for the government or get a stable job. Now our young people are seeing entrepreneurship as a path. And I think what’s so hopeful about that is entrepreneurs and new companies create new jobs.

Q: If state lawmakers go ahead and allocate $10 million for HI Growth, how would the money be spent?

A: It would really go to a doubling down on efforts already underway. Now is the time to stay the course. … In other cities around the country that have really put an effort into building this type of sector, it takes about 20 years of concerted effort. … If we continue on this path, we will get there. I have no doubt about that.

Q: What are those efforts already in place?

A: There are three. One is supporting early-stage mentorship programs like Blue Startups. There are several of them, and all of those funds are matched by private dollars. … In order to get that money, we have to raise private funding. Then it’s just leveraged by the state funding. Also, some of that HI Growth money goes to match private investor money in early-stage venture capital funds. The third (effort) supports events throughout the community that bring investors and  companies together. The networking activities are key to building an ecosystem. We need all of those parties, so to speak, to bring people together so that they can meet, mix, mingle, start companies, start conversations that end up, hopefully, in deals getting done.

Q: That’s what the East Meets West conference aims to do?

A: Yes. We’re showcasing, basically to the world, that Hawaii has startups, Hawaii can compete. Hawaii can be known for something other than beaches and palm trees. We’re bringing in investors from Asia and the mainland (managing a total of more than $1 billion) and are showing them what we have. Every time we do that — this is our third year — it really opens a lot of eyes.

Q: What do the visiting investors find most eye-opening?

A: The quality of our companies. I think there’s an assumption: “Oh, well, they might have startups out there but they’re probably not competitive.” And that’s not true. So many investors are now coming back because they have found good companies here that they’ve invested in and want to get access to that deal-flow again.

Q: What do you say to the complaint that Hawaii startups with big potential eventually take off for the mainland to tap the vast resources there?

A: That is totally true in a sense. We are a small economy. There’s 1.4 million people here. If we took a company that was based here and said: “You have to stay here,” it’s like tying a hand behind their back. So I think it’s really about re-framing what is happening. And the way I put it is: “Good news our companies are expanding.” Most of them stay here, too. They have offices here, they’re employing people here. But, yes, they are growing and opening offices in San Francisco or Hong Kong. I’m celebrating those successes.

For example, Volta Charging started here. Their electric-car charging stations are at Kahala and Ala Moana malls. They have staff here who service clients (on Oahu and Maui). They also have an office in San Francisco (and charging stations there as well as in Los Angeles, San Diego, Phoenix and Chicago).

Q: When Blue Startups opened, it focused on internet, software, mobile, gaming and e-commerce. Is that lineup changing?

A: Our first priority is to serve the local market. Whatever our local, smart entrepreneurs are coming up with, that’s what we want to fund. Priority No. 2 is looking at companies outside of our local market that we think we can serve. In other words, we have strategic advantage in helping them — primarily that’s in that East-meets-West thesis. It is companies from Asia that are trying to get into U.S. markets, and U.S. companies wanting to enter Asian markets. We’re looking for that confluence.

The more those two worlds become closer together from a business perspective … it’s important for Hawaii to plant a flag and say: “We’re open for business. We can serve both markets.”

Q: What sorts of new technologies or related industries do you see on the horizon?

A: We’re excited about eSports — competitive video-gaming for money. That’s an industry that’s on a very rapid trajectory. Straight up. … There are teams that are funded and sponsored and go through training just like an NBA team, but it’s to play head-to-head video games in stadiums. The future of that industry is expected to be huge.

We have a couple of companies in that space. One that collects data analytics from the best players and sells it to the novice players.

Q: Looking back on your tenure of nearly two decades in business here, how has the local innovation sector changed over the years?

A: We’re getting smarter about what Hawaii can bring to the party. We’re not going to be the next Silicon Valley. I think it’s really important for us to understand that and stop comparing ourselves and thinking that formula is going to work for us. … We’re unique. We are finding out what works for us now. That vision has to be aligned with who we are and what we believe in as a community.